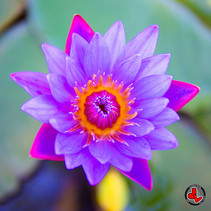 by Charles Berner
There is a Truth that is always true.  First, an explanation of those words:  "There is a Truth."  Truth is spelled with a capital "T" to differentiate it from relative truth, or truth which might mean something like "that which is."  Here we mean the Truth that is always true; that which is true under all circumstances and at all times, as different from relative truth, which is true only sometimes, under some circumstances, and in some places.

In science, we have relative truth - those things which are discovered through observation and experimentation.  Scientists find out that certain things are the case, and that some of these things are generally true.  These general truths are called the laws of science, or natural law.  We might think these laws of science are true everywhere.  In a way they are.  For example, what makes gravity work on earth and what makes gravity work on Mars or in some other galaxy is the same.  What was true ten thousand years ago is true today, and will be true ten thousand or ten million years from now; it is the same.  The same rules are followed.  Consequently, we wonder what is wrong with just taking the natural laws as discovered in science.  This would be fine, except that the laws of science do not apply to everything.  These same laws do not apply to the realm of the mind and the realm of feelings.  They do not apply to the individual, the ultimate individual, you.  Science leaves off at the place where the senses end, that is, at the face, the eyes, tongue, nose, ears and skin.  At least, the laws of science end where the brain gives up (what does gives up mean?) in the realm of the mind, and, you might say, the subjective world begins.  What we are talking about here is that Truth which is always true, regardless of whether it is in the objective world or the subjective world.  If we take history back to two to three thousand B.C. we lose the written word.  Then we are in the realm of prehistory.  If we take archaeological evidence back perhaps two million years to the first stone axes, then we lose the archaeological evidence.  Paleontological evidence goes back about two to three and a half billion years.  Geological evidence goes back to about four and a half to five billion years ago when earth seems to have been formed.  If we take the subject of physics and astronomy back to maybe fourteen to sixteen billion years to a central event called the "big bang," when all of this (clarify “this”) exploded out of a central spot, the laws of physics as we know them vanish, and we can no longer trace, through science, what went on.  We might think that going back another millisecond, or microsecond, or two or three, and studying that, that we would find the truth.  However, there seems to be physical evidence that this is not the case.  It (clarify “it”) becomes only one law.  It is not gravity law, and light law, or nuclear law.  There seems to be only one law and that law applies only to that billionth of a second.  Other laws apply later on.  That particular law applies only at that time and not since then.  It does not apply at all times.

When we say that there is a Truth that is always true, we are not talking about relative truth, but about Absolute Truth.  To admit this into our approach to life is to admit the Ultimate itself, the Absolute: God, Divinity, or Divine Love.  Science is useful as it is, but it does not deal with ultimates.  If you talk with any theoretical scientist, he will agree that science does not deal with the realm of the Absolute, the Ultimate, or with the always, the eternal.  What we are saying here is that there is such a Truth.  The physical scientist does not enter into this one way or another.  He says, "I don't deal with this and I don't know whether there is or there isn't."  He is an honest scientist; he says he does not know one way or the other.  It is true that we cannot determine whether there is an Absolute or not, whether or not there is a Truth that is always true, through the senses or through perception.  The yogi is not limited to the senses as a way of knowing.  The yogi can know directly.  Through yoga one can know absolutely.  One can know the Absolute, the Truth that is always true, or the Eternal Self.

Another way of putting it would be that through the yoga of devotion one can directly experience Divine Love.  This Divine Love is Absolute Love and is not dependent upon anything.  It is not dependent upon how a person looks, how rich they are, or how clever they are.  This Love is independent of all this, and is dependent upon only one thing, that is, the Absolute itself.  People experience Divine Love directly.  If there was not any Absolute, then no one could possibly have such an experience.  If there were no Absolute, one could not know directly an Absolute.  There would not be anything to experience or know.  There are those who have had such experiences of Divine Love, of Absolute Truth.  If one has not had Such an experience, then one does not know for themselves whether such an absolute experience exists or not.  According to the teachings of Holistic Yoga, you can have that experience.  That is to say, you can have direct contact with God.  This direct contact is Divine Love.

All of this universe, this world, life, our bodies, our feelings, our thoughts, all of this is an Absolute.  The relative world only exists in a relative way; through the process of perception one experiences a relative world.  A relative world seems to be there, but what actually exists is an Absolute.  You can directly know it and you can directly experience it.  This Absolute is Divine Love.  This is the primary tenet of Holistic Yoga, and is the common factor of all religions.  You can settle for yourself whether or not this is true through the techniques of yoga.

In the meanwhile, you can take several approaches.  You can accept that statement.  You can believe that it is true, or you may say, "I do not know that it is true, but I believe that it is true," or you can take another approach which would be, "I don't know whether it is true or not.  I'll find out for myself by testing it out through using the techniques of yoga to see whether I can experience Divine Love for myself or not."  Any of these are fine, and will do until you have a direct experience, or not, as the case may be.  The Absolute can be called many things.  It can have many names.  For example, God, Divine Love, the Absolute, the Ultimate, the Cosmic Mind, the Pervader of All, the Eternal, and so on.  These are different ways of naming it, different ways of thinking about it, and it can be cast into many forms, like the universe, or life.  It can be painted in images.  Many religions have put it in many forms, but this Absolute Truth, this Eternal Truth, under any name, or any form, is only one.  An analogy would be that, if you had a hundred people in a room and they looked at an object that was set on a table in the middle of the room, they would describe it, and name it, according to their view point, their past experience, and according to the language that they were brought up with.  However, there is only one object.  If they were to move around to various positions in the room, they could see it >from many points of view and appreciate other peoples' points of view on it.  However, due to their physical limitations, they cannot be in all those positions simultaneously.  They have to remember what it was like when they were over there.  Then they would have to put together, through a mental process, a composite picture, or image, of what that must be.  Even that is not the thing itself.  There is that thing itself which is not a mental concept, or image, that is put together from a variety of experiences.  This may come closer, but it is not the thing itself.  There is an Absolute thing itself.  There is a Truth that is always true.

Another way of putting it would be that "All is God."  Another way of saying the same thing is that "Divine Love is Everything."  All of the universe is that.  There is an Absolute that is the basis of all this:  the universe, life, our bodies, our feelings, and our thoughts.  We cannot only know this Absolute (what is it that we cannot know?), but we can be in direct contact with it, with God.  This direct contact is Divine Love.  This is the first of the six principles of life.  Reflect deeply on the meaning of this principle.

Summary
There is a Truth that is always true.
All is God.
Divine Love is everything.

There is an Absolute that is the basis of all this:  the universe, life, our bodies, feelings, and thoughts.  We cannot only know of this Absolute  but we can be in direct contact with it, with God.  This direct contact is Divine Love.

Assignment  After reflecting on the information given in this lesson, answer the following questions.  Give your answers to me.